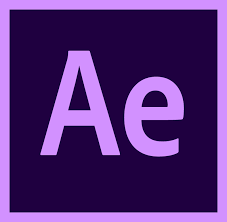 Whether you’re working in broadcast and film or delivering work online and to mobile devices, Adobe After Effects is one of the most professional consumer suites out there for helping you finish the job. Since Adobe After Effects is part of the Adobe CC suite, it integrates with the rest of Adobe’s products seamlessly meaning you can add unique touches to your effects in Illustrator or Photoshop for example.

In fact, Adobe After Effects features many tools that are similar to Adobe’s industry standard image editor Photoshop, but adapted for video. For example, the RotoBrush works in a similar way to Photoshop’s Magic Wand, enabling you to select silhouettes and place characters against any background without requiring a chroma screen. Adobe After Effects also includes more video-specific tools, such as Auto-Keyframe, which creates key frames automatically where you apply a video effect, and the Mesh warp effect in 3D, thanks to which you’ll be able to warp and distort your video as it if was a plain image.

What makes Adobe After Effects even better is the availability of third-party plug-ins Mocha, for example, is an advanced tracking system that helps you in the creation and adjustment of scenes. Another excellent Adobe After Effects plug-in is Color Finesse, with which you can work with color in your video like you’ve never done before.

With the upgrade to Creative Cloud, After Effects has also been improved with a number of other new features. These include the Live 3D Pipeline that brings CINEMA 4D scenes in as layers and the ability to share work directly with others from within the application. Creative Cloud is integrated with Behance, so you can share your projects and get immediate feedback from creative minds from around the world. With Creative Cloud, you also get instant access to new features the moment they’re released. Most recently, Adobe have also added Live Text templates, Masking and Tracking, Master Clip effect and a faster editing workflow.

As you might expect from an Adobe design product, After Effects is a very complicated package and takes hours of study and use before you can become competent in it. However, once mastered, Adobe After Effects’ choice of special effects and templates mean that your special effects will be as close to the professional thing as possible on a budget. However, anyone who is already familiar with Adobe’s video editing suite Premiere or will find the After Effects interface familiar and logically organized.

Adobe After Effects is an incredibly powerful package which enables you to produce stunning special effects for your videos.

The latest version of After Effects integrates Adobe Stock, the new image service from Adobe. There’s also enhanced use of real 3D objects with Cinema 4D as well as various improvements in scenes preview, among other changes.