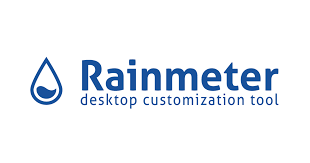 Rainmeter is a desktop customization tool for Windows that allows you to modify the look and feel of your Windows desktop. Using Rainmeter you can modify the desktop so that it uses various themes, skins, and can add applets that float freely on the desktop.

Some of the applets available with Rainmeter allow you to monitor your system resources, such as memory or battery power, and online data feeds to your email, RSS feeds, and weather forecasts. Using Rainmeter applets you can be able to start using the Windows desktop as an application rather than just a place to store files or launch applications.

Some of the Rainmeter skins also include functionality rather than only design. For example, some skins include built-in applications that allow you to control your media players, create to-do lists, and manage your notes.

We at appsformypc have tested and used Rainmeter and it worked pretty smoothly.