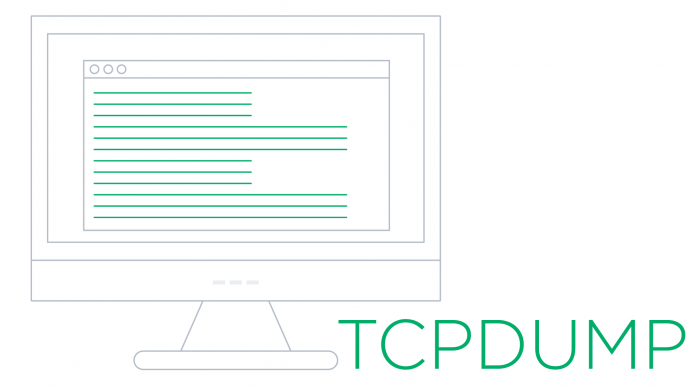 Tcpdump prints out a description of the contents of packets on a network interface that match the boolean expression; the description is preceded by a time stamp, printed, by default, as hours, minutes, seconds, and fractions of a second since midnight. It can also be run with the -w flag, which causes it to save the packet data to a file for later analysis, and/or with the -rflag, which causes it to read from a saved packet file rather than to read packets from a network interface. It can also be run with the -V flag, which causes it to read a list of saved packet files. In all cases, only packets that match expression will be processed by tcpdump.

When tcpdump finishes capturing packets, it will report counts “captured” (this is the number of packets that tcpdump has received and processed);packets “received by filter” (the meaning of this depends on the OS on which you’re running tcpdump, and possibly on the way the OS was configured – if a filter was specified on the command line, on some OSes it counts packets regardless of whether they were matched by the filter expression and, even if they were matched by the filter expression,

On platforms that support the SIGINFO signal, such as most BSDs (including macOS) and Digital/Tru64 UNIX, it will report those counts when it receives a SIGINFO signal (generated, for example, by typing your “status” character, typically control-T, although on some platforms, such as macOS, the “status” character is not set by default, so you must set it with stty(1) in order to use it) and will continue capturing packets. On platforms that do not support the SIGINFO signal, the same can be achieved by using the SIGUSR1 signal.

Using the SIGUSR2 signal along with the -w flag will forcibly flush the packet buffer into the output file.