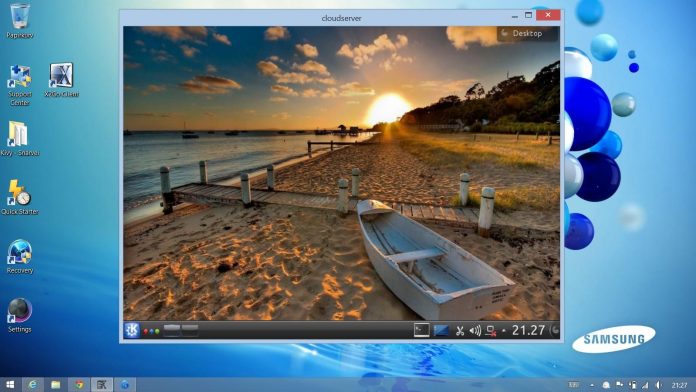 X2Go is an remote desktop software for Linux that uses the NX technology protocol.

X2Go can be used to access PC desktops, but its main use case is providing secure standalone remote sessions via ssh.

The server package must be installed on a Linux host; client packages can be run on Linux, OS X, or Windows.

X2Go was 2006 as a network solution for a Bavarian high school (Gymnasium) by Oleksandr Shneyder and Heinz-M. Graesing.

The name X2Go was choosen later as the first drafts were nameless. Phoca–the projects mascot–was invented 2006. Started as a PXE Boot Thin Client Environment, the client now is available for different desktops and operating systems.

2010 Mike Gabriel started his work on a python library and later on the pyhoca client. Members of the University of Erlangen joined the team 2010 and helped a lot with packaging and the new thin client environment.