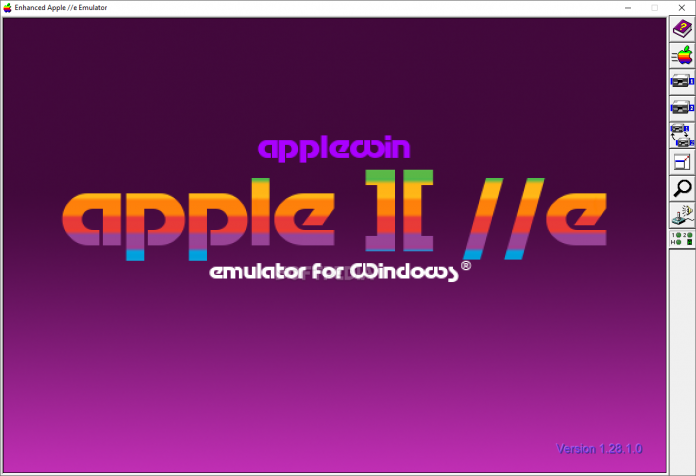 Apple II is one of the first successfully 8-bit microcomputers mass-produced that was a huge success back in 1977. Even if the project shut down in 1993 and new and more performant MAC computers took its place, some users would still like to access data that they used to and perhaps, simply get a feel of how Apple II was like.

AppleWin is an emulator for the aforementioned 8-bit computer that can be run on Windows and enable you to get a taste of the early Apple computers.

It can run programs from disk images

The application does not require installation, but rather you can run it as soon as you decompress the archive. The idea for the tool is that it is able to run programs from disk images, the latter being single files that are the size of an Apple floppy disk. You can get started by clicking on Drive 1 button from the toolbar located in the right side of the GUI. As soon as you boot the disk image, you are able to use the emulated Apple as if it were the real thing.

Since using a computer without anything on it would be rather boring, the developers have included some data that read more about in the Help, Resources section. Alternatively, you can read more about disk images and attempt to create a new one with your favorite content.

In the eventuality that you are feeling rather nostalgic or perhaps are simply curious about how looks and feels of the old Apple 2 series, then perhaps AppleWin could come in handy.