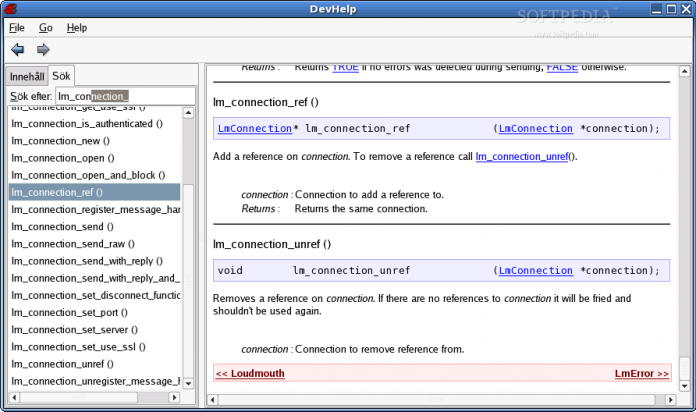 Devhelp is an open-source application that provides users with an API documentation browser for the GTK+ widget toolkit and various other core components and applications of the GNOME desktop environment.

The user interface of the application follows the GNOME HIG (Human Interface Guidelines), which means that it can be easily used by anyone. It’s comprised of a sidebar that lists all the included categories and subcategories and a large view area where you can navigate the actual documentation.

The application is fully compatible with GTK-Doc, which is an API reference framework engineered for GTK+ and used throughout the entire GNOME desktop environment for API documentation. It uses GTK-Doc to generate documentation.

While it is used to browse the API documentation of GTK+ and GNOME components, the software is not attached to the GNOME desktop environment, as it can be used on any other open-source window manager, such as MATE, Cinnamon, LXDE, Xfce or even Openbox and Fluxbox.

It is distributed as a source archive that can be used to configure, compile and install the program in any Linux distribution as long as all requirements are met. However, the application can be easily installed from the default software repositories of your Linux distribution.

Devhelp is an extremely useful application designed for both novice and advanced GNOME/GTK+ developers. It is one of the most important projects when developing under the GNOME project.