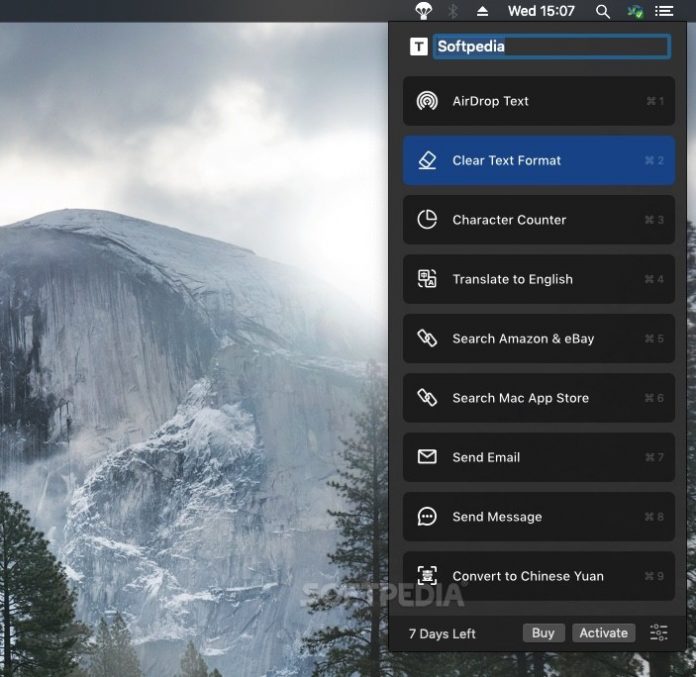 Versatile App that Can Process Text, Images and Other Files in Numerous Ways, and Only Requires You to Drag These Items to The Menu Bar

macOS can only include so many functions right out of the box, and to complement its feature set you have to install various apps for all kinds of tasks. But when you need separate apps for processing text and images in various ways, uploading content, and so on, it’s easy to get overwhelmed.

AnyDrop was designed to simplify your workflow by assembling as many of these features as possible within a tiny menu bar app, which can be used entirely with hotkeys and drag&drop. It is highly versatile and customizable, and it is especially suitable for processing text and images.

Of course, AnyDrop isn’t going to be particularly useful if you have to navigate through several menus to do what you need. Thankfully, that isn’t the case. To process a file or clipboard text, you just have to drag it to the app’s menu bar icon or copy the content to the clipboard.

There is also an alternative method of importing files that relies entirely on hotkeys. Simply copy some text or files, press ⌘D to bring up the app’s menu, and them ⌘1-9 to select the desired function. What’s more, you can even create global hotkeys for specific actions.

While it is mainly geared towards working with text and images, AnyDrop can prove useful in numerous situations. Aside from processing images and text, it can also translate, perform web searches, share content, convert currency, move files, and much more.

These actions can all be customized to a certain extent, and you can also change their order in the drop-down menu. However, while a few cloud services are supported for content uploads, popular ones like Google Drive and Dropbox are not among them.

If you use more than a couple of the features offered by AnyDrop on a regular basis, you should definitely try it out. Since it saves you the trouble of opening new apps for some simple, repetitive actions, it can save you a great deal of time at the end of the day.

The functions included in this version of the app are quite numerous, and more will likely be added in the future. The app’s design is also smart and intuitive, so new users shouldn’t run into any issues.

Load MARVEL Contest of Champions for PC on your Windows XP/7/8/10 and MAC PC...