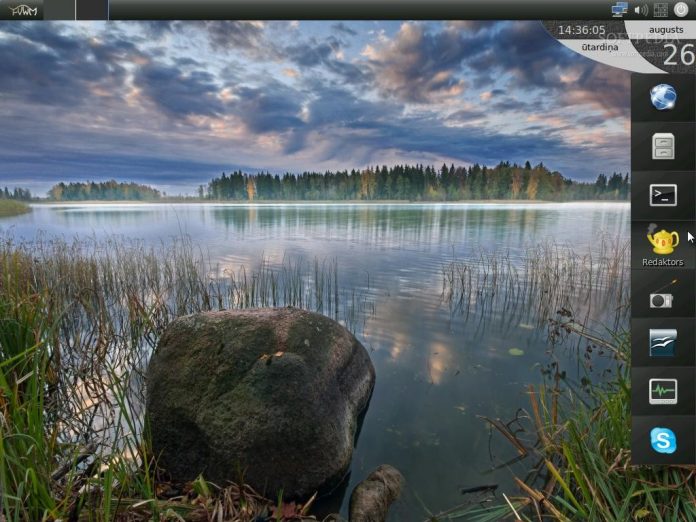 AUSTRUMI (Austrum Latvijas Linukss) is an open-source, free and bootable Live Linux distribution based on the Slackware Linux operating system. The target architecture is 32-bit (i386). While previous versions used the FVWM window manager, recent AUSTRUMI releases are distributed with the beautiful Enlightenment graphical desktop environment on a minimalistic Live CD.

The distribution is available for download as a dual-arch Live CD ISO image that has approximately 300MB in size. By default, the Live CD will be copied entirely to RAM (system memory), allowing users to eject the boot medium after the live system starts. However, from the boot menu, you can also start an existing operating system.

The live environment is powered by Enlightenment

The perfect candidate for old and dusty computers

Being based on Slackware, this operating system will be a perfect candidate for old and dusty computers, where recent versions of the Microsoft Windows can no longer be installed. Imagine the ability to boot your favorite Linux distribution whether you are at home, at school or at work. Because of the fact that AUSTRUMI only requires few system resources, it is recommended for old hardware and low-end computers.