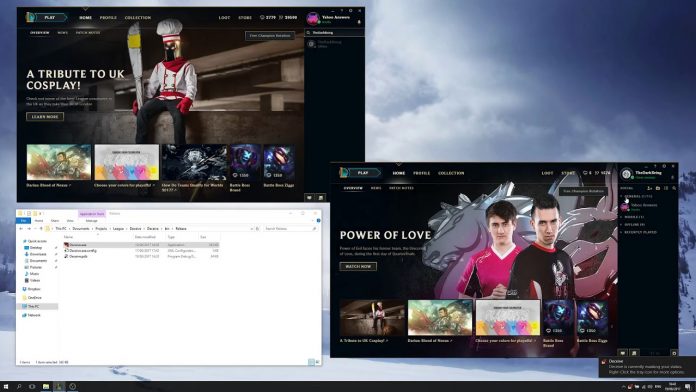 Hide Your Online Status in League of Legends and Appear Offline to Your Friends While Playing, with The Help of This Simple-To-Use Program

League of Legends, just like any other multiplayer game, is usually more fun with friends. However, that doesn’t mean you want to play with them all the time, and you might not want them to know you are online every once in a while.

Deceive is a small, open-source application that can hide your online status in the League of Legends client, effectively showing you as offline to your friends, though you also have the option of making it seem like you have logged in from the mobile app.

Launch the LoL client with this program and appear offline

Setting things up is as simple as can be – you only need to launch the application, as it will open the League of Legends client automatically. If the client is already running, Deceive will shut it down and restart it.

The application will be minimized to the system tray automatically, and you only have to right-click the tray icon in order to manage your status in LoL. You can go online again with a couple of mouse clicks, as well as have the client show that you have logged in from the mobile app.

Play League of Legends while appearing offline to your friends

The application doesn’t prevent you from talking to your teammates in lobbies or once a match has started, so gameplay shouldn’t be affected in any way.

Won’t get you banned, as confirmed by Riot Games, but there is no guarantee that it will keep working in the long term

No one wants to get their account banned for using third-party utilities, so you should be happy to learn that the developer has received confirmation from the Riot team that you won’t face any negative consequences for using this application.

Nevertheless, any future patch could cause this program to stop working, either unintentionally or by design, so make sure to check it after each update.

On the whole, Deceive is an excellent tool for League of Legends players who are looking for a way to play while appearing offline to their friends. It is very easy to set up, and completely safe to use, while not affecting your gameplay in any way.