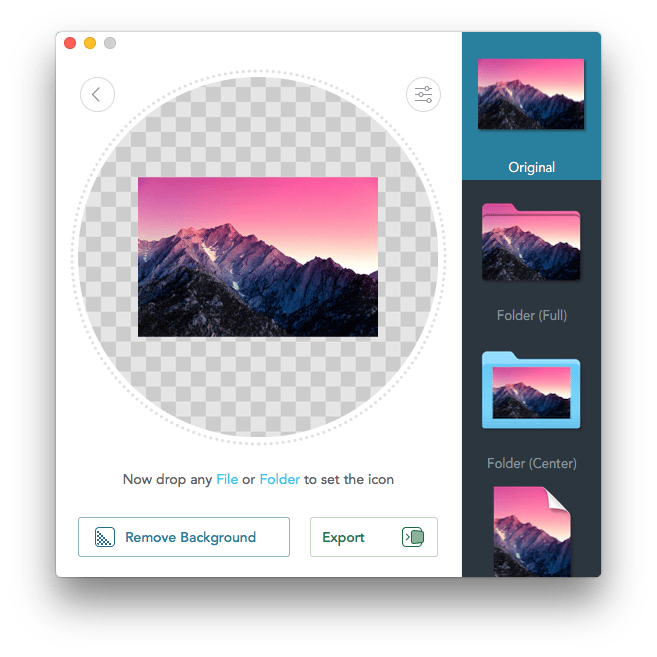 An Application that Can Be Used to Quickly Create Icons from Images and Images from Icons, While Also Allowing You to Easily Organize Them

Image2Icon is a streamlined and practical macOS application designed to bring a fast way to design and convert icons on the Mac platform.

Moreover, Image2icon can also be used to convert images to icons and icons to images without the hassle and with just a couple of mouse clicks.

You can create an icon using Image2icon by simply drag and drop images on the application’s main window and, after that, you just need to select the output format and you’re done.

Image2Icon also enables you to effortlessly attach icons to a given task by simply dragging and dropping the desired files on the Preview box. The built-in history will track all created icons, so you can easily apply them at a later time.

Additionally, Image2Icon bundles support for the most important graphic formats, such as PNG, JPG, TIFF and even PSD, among many others.

As a supplementary benefit, Image2Icon features a unique icon history feature which makes it simple to store them in a secure place and never lose one ever again.

Due to Image2Icon’s extensive support for a wide array of image formats and the batch processing engine, Image2Icon helps you to rapidly convert an unlimited number of icons between multiple formats, without any barriers.

Important to mention is the fact that you can also process large image files (e.g. RAW photos transferred from your DSLR camera), with little to no increase in system resource usage.

Simple to use icon swiss army knife for the Mac

Furthermore, Image2Icon can export iPhone icons and favicons, but also ICNS images, ready to be set as OS X icons.

All in all, if you’re looking for a fast and lightweight icon designer and converter, Image2Icon is a tool that ticks all the boxes and will most probably be the only app you’ll need for such a task.

Load Fireboy and Watergirl for PC on your Windows XP/7/8/10 and MAC PC for...