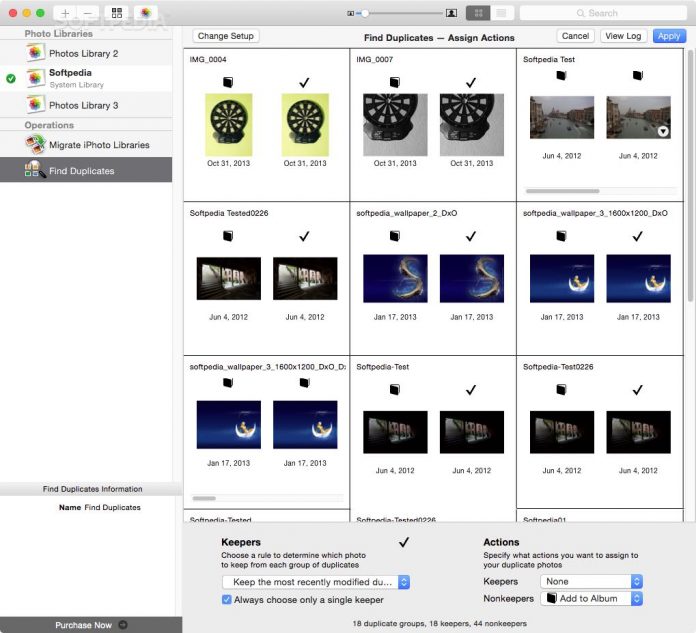 PowerPhotos is a very useful macOS utility that makes it possible for you to efficiently organize your pictures using the native Photos app introduced by Apple with the launch of OS X 10.10.3.

Despite the fact that Photos does a fairly good job of keeping your photos organized, under one roof, and easily accessible, the application is somewhat limited in some respects and doesn’t bundle advanced photo organizing features.

This is the part where PowerPhotos comes into play, with a streamlined and user-friendly interface it makes it possible for you to easily create multiple Photos libraries, thus, it will provide you with more power over your libraries and it will also speed up the Photos app which will load even faster because of this.

What’s more, you can easily use the PowerPhotos image browser and search for a particular photo in a single or all your Photos libraries, as well as view detailed metadata summaries for your photos.

Not only this, but you will certainly find PowerPhoto’s duplicate removal tool very useful, as it enables you to find dupes in more than one library and compare them side by side, as well as either, separates them in different albums or delete them altogether from the libraries.

Additionally, PowerPhotos can also guide you through the somewhat lengthy and annoying process of migrating your iPhoto or Aperture libraries to the Photos app.

Note that, if you have photo libraries created using iPhoto 7 or earlier, you will have to download the iPhoto Library Upgrader, so that the libraries can be upgraded to a newer format that is compatible with more modern versions of iPhoto. This way, you will be able to migrate the upgraded photo libraries within the Photos app.

All in all, if you find yourself using Apple’s Photos app on a daily basis and you want to organize your photos using multiple libraries, to remove photo duplicates, or to view detailed metadata information, then there’s really no way around the fact that PowerPhotos will definitely make your user experience better and save you a lot of time simultaneously.