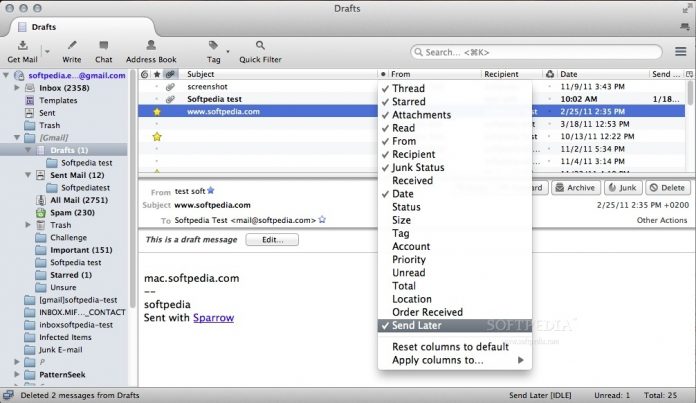 By default, if you use the default “Send Later” function in the Thunderbird app, the utility will move your message to the Outbox folders, and will automatically send it the next time when you go online.

Send Later is a minimalist but efficient add-on that can easily integrate with the Mozilla Thunderbird and SeaMonkey applications in order to add a scheduler to the “Send Later” function.

The Send Later extension installs like any other Mozilla add-on and then enables you to quickly access its functionalities via the contextual menu. For your convenience, the add-on can also place custom Send Later buttons in your toolbar.

Via the Send Later scheduler, you have the option to postpone the delivery of an email for 15 minutes, for 30 minutes, or for 2 hours. What’s more, you can also choose a specific date and time, or you can decide to employ the built-in “Send Later” function.

The Send Later add-on proves to be quite easy to use, even if it incorporates various customization options: you can adjust the default refresh period, you can automatically replace the “Send” function with “Send Later”, or you can change the default hotkey.

Moreover, Send Later allows you to change the value of the default delay buttons, and can trigger unsent message delivery from the Outbox. Last but not least, via the Preferences window you can choose to toggle the visibility of the Send Later column, header, status bar icon, or progress bar.

All in all, if you want to schedule the delivery of your emails and not only postpone it until the next time you go online, the Send Later extension seems to have the tools you need.