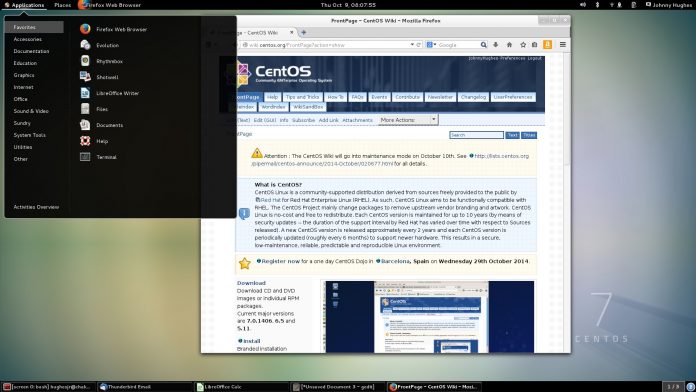 A CentOS variant that gives you access to the development release of next Red Hat Enterprise Linux version.

CentOS Stream is an open-source and free GNU/Linux distribution designed to offer the community direct access to the latest development code of upcoming Red Hat Enterprise Linux releases to test or contribute to. For this, it follows a rolling release model where you install once and receives updates forever.

CentOS Stream is currently supported on the x86_64 (64-bit), ppc64el (PowerPC 64-bit Little Endian), and AArch64 (ARM64) hardware architectures. The ISO’s boot menu is very simple and only lets users install the operating system, as well as to test the bootable medium in case of a DVD disc or modify the boot parameters.

CentOS Stream comes with the same standard installation process as the CentOS Linux operating system, featuring the graphical Anaconda installer from Red Hat Enterprise Linux. The installation process is very simple and takes only a few minutes and a couple of mouse clicks to complete.