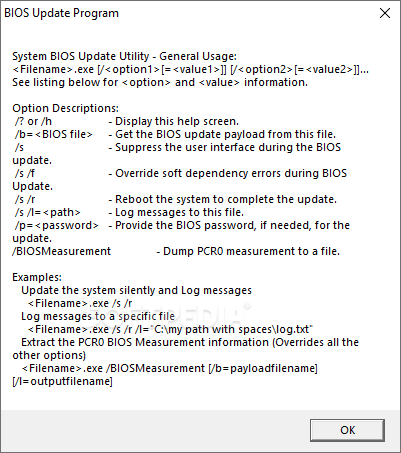 If you are thinking of updating the BIOS of various Dell computers and laptops, then you are probably thinking of checking out the Drivers and Download section from the manufacturer’s official website. The problem here is that the official page usually presents only the latest revisions and, as you probably know or have found out the hard way, sometimes BIOS updates require older BIOS as a prerequisite.

As the name suggests, Dell 64BIT BIOS Flash Utility is a tool dedicated to flashing the Dell BIOS in 64-bit. Granted, it can be argued that you could have achieved the same with other flash tools, considering that 64-bit Windows comes with a 32-bit subsystem. The advantage of the utility stems from the fact that you can do the operation under WinPE. Moreover, in the eventuality that your system is running UEFI, then you cannot flash unless you boot the native architecture, in this case, 64-bit.

The idea behind the tool is to allow you to flash the official Dell system BIOS directly from the command line. Consequently, you are going to view all available commands as soon as you launch the tool. It is worth mentioning that you can also flash from a bootable USB stick or optical disc, such as the Windows Preinstallation Environment for system imaging, for instance.