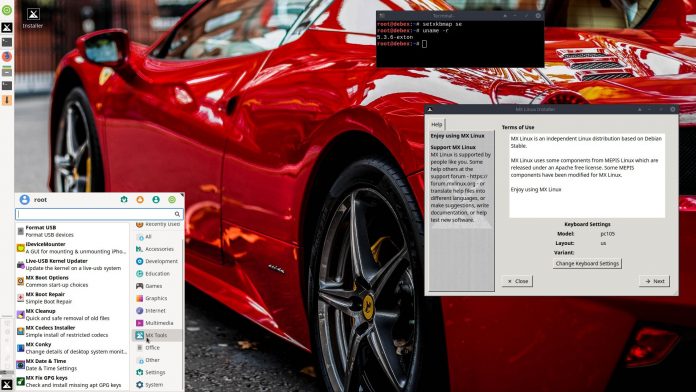 The MX Linux Exton Remix ISO image is supported only on 64-bit (amd64) systems and offers standard boot options like the ability to boot the live system without installing anything on your personal computer, support for booting an already installed OS from the local disk drive, and the ability to run a memory test. The default username and password for live user and root are “live” and “root”.

The difference between MX Linux and this remix is that the latter features a more recent Linux kernel for better hardware support, and it’s based on the latest Debian GNU/Linux operating system series. Additionally, MX Linux Exton Remix also features unique customizations and artwork that are not available in the original MX Linux OS.

Lightweight Xfce desktop with all the MX Linux tools

If you want an up-to-date and customized version of MX Linux with a newer kernel that supports more hardware devices and packages from the latest and greatest Debian GNU/Linux operating system series, we recommend giving Arne Exton’s MX Linux Exton Remix distro a try. Everything we tested in this unique MX Linux remix works very well.