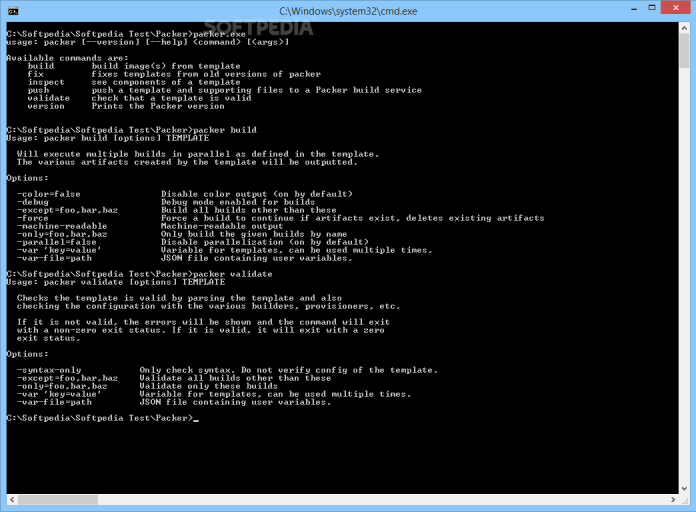 Packer is an application that was created in order to help users who require to deploy virtual machines on multiple platforms, without creating new versions. It will allow them to do that by creating identical image machines based on an initial, single source configuration, through a cloning process.

Being compatible with tools such as Chef or Puppet when building the configuration file, it facilitates the image creation by deploying the necessary image software itself. Supporting VMware, VirtualBox, Amazon EC2 or DigitalOcean platforms out of the box, enables users to extend their interoperability.

Accessible through the command line editor’s interface, the application will provide users with a useful set of hints and switches. Using its features, users will be able to automate the machine image deployment, while avoiding the hassle such as task inherits. Allowing people to launch their pre-configured machine images in very little time, Packer will improve the overall development process.

The images that are created for deployment on multiple platforms are identical, therefore providing users with the choice of using separate applications for the production, staging and development process. Since the installation process for the software that accompanies the images is done simultaneously with the image building, bugs can be eliminated early in the process.

Helping users, even more, Packer will test the machine image right after deployment, in order to determine if it is operating accordingly. By verifying the functionality of one image, the application manages to ensure that the rest of the virtual images are in working order since they are identical clones.