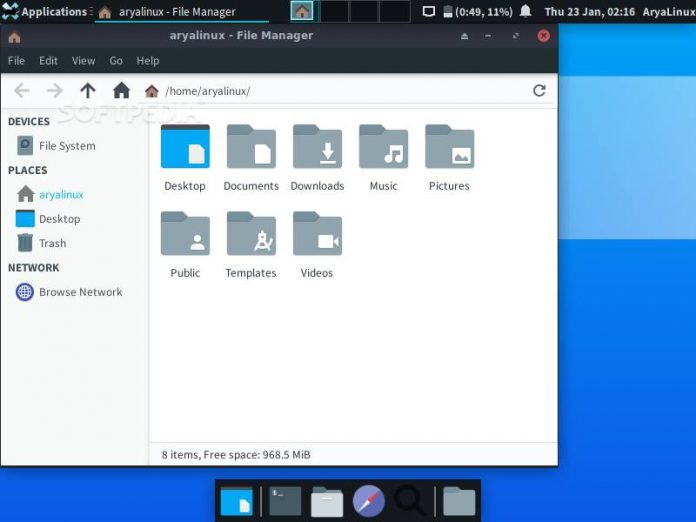 AryaLinux is a free and open-source GNU/Linux distribution built from scratch using the guide provided by the Linux From Scratch (LFS) project. It uses its own package management system in the style of source/ports.

AryaLinux is available for both 64-bit and 32-bit hardware architectures and the ISO images feature a very basic boot menu that only allows users to start the live system in normal mode or in debug mode. Of course, users can press Tab to edit the boot menu options.

The best thing about AryaLinux is that it ships with multiple editions, each featuring a different desktop environment. The official AryaLinux editions include GNOME, KDE Plasma, Xfce, and MATE. Of course, users will also be able to download and install other desktop environments from the software repositories.

Users its own package management system

Being built from scratch, AryaLinux also uses its own package management system in the style of source/ports, just like systems like Gentoo use. Of course, this could mean that updates to installed applications will need to be compiled from sources, which could take some time.

AryaLinux is an interesting GNU/Linux distribution, which we recommend only to those who want to install a build-from-scratch operating system on their personal computers. Best of all, it lets you choose from several popular desktop environments, which are already pre-installed and pre-configured.