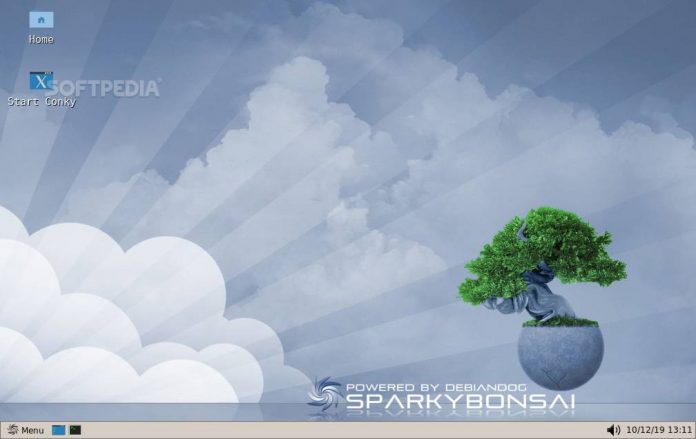 SparkyLinux Bonsai is a free and open-source GNU/Linux distribution, a community edition of the Debian-based SparkyLinux operating system that features JWM (Joe’s Window Manager) as default graphical desktop environment and comes as a portable OS that you can run entirely from a USB flash drive.

Last but not least, users can boot SparkyLinux Bonsai in Porteus mode by first copying all data to RAM for a huge speed increase, which requires a computer with at least 1GB of RAM. Finally, you can also boot an existing OS from the first disk drive.

Portable systems are pretty rare these days, but they’re very useful as you don’t have to depend on a separate drive or a personal computer to keep your files and changes in a single place, in your pocket.

We recommend SparkyLinux Bonsai to those who want a lightweight, fast and portable operating system based on Debian GNU/Linux. However, at the moment SparkyLinux Bonsai only supports 64-bit computers and EXT2/3/4, FAT32, XFS, and exFAT filesystems.