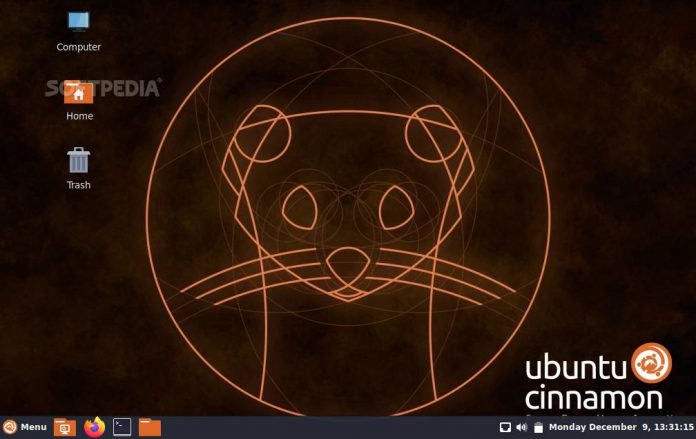 Ubuntu Cinnamon Remix is an open-source GNU/Linux distribution based on Ubuntu and built around the modern and beautiful Cinnamon desktop environment. It aims to be an official Ubuntu flavor with an out-of-the-box Cinnamon experience for modern 64-bit computers.

For this first release, the Ubuntu Cinnamon Remix live ISO image offers users a simple boot prompt that allows them to try or install the operating system, check the disc for defects if you’re using a DVD media, as well as to boot an already installed OS from the local disk drive.

The default option is to automatically start Ubuntu Cinnamon Remix in live mode, which means that you can try the operating system without installing it on your personal computer. So if you don’t press any key for 10 seconds, the live system will start up and you’ll be able to enjoy Ubuntu Cinnamon Remix.

Ubuntu Cinnamon Remix offers a beautiful Cinnamon experience with a gorgeous desktop theme that features red and dark grey colors. The layout comprises of a single panel located at the bottom of the screen, from where users can easily access the applications menu, task manager, and the system tray area.

You will also find various utilities and a few games from the GNOME Stack. The Calamares universal installer is being used as a graphical installer, ported from Lubuntu, to allow users to install Ubuntu Cinnamon Remix on their personal computers.