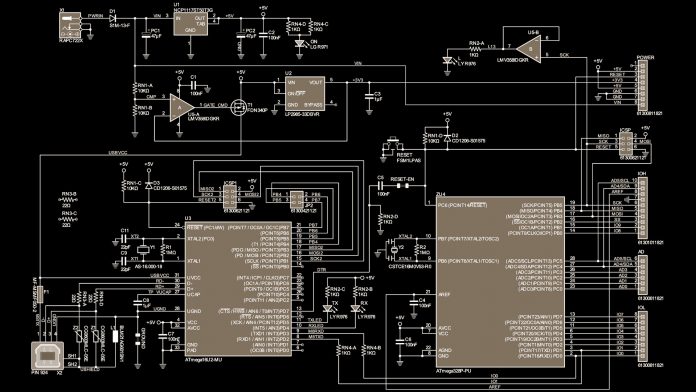 Take your electronic design of PCB, SPICE, and XSPICE circuits to the next level with the help of this powerful simulation and automation-focused application

Those of you out there that have been in the electronics field for well over 2 decades might be happy to hear that nowadays things are a lot easier for newcomers and veterans alike. Not only does the Internet got you covered in terms of both general and more specialized information (forums, tutorials, YouTube videos, and so forth), but there are a few very good electronics/circuit simulators out there as well.

That said, if you’re looking for a comprehensive electronics simulator or circuit designer that works well on Windows 10, then you definitely have to try out Drawlogix. Regardless of you being a professional or a student wanting to learn the ropes of the field, there’s a very good chance Drawlogix will not disappoint.

In short, the app can be described as being a full-featured EDA (electronic design automation) app. It can be used to create PCB and various SPICE/XSPICE interactive simulations of electronic circuits (both digital and mixed analog/digital).

The app’s provided integrated development environment is the sum of a very interactive SPICE simulator, a fairly competent PCB editor, and the potent electrical schematics editor. Your electronic schematics can be organized in two main ways on multiple sheets: either flat or hierarchical.

GUI and the general feel of the app

We’re not going to lie, the application is quite bulky and might seem a bit intimidating for newbies. Nevertheless, it does require a bit of getting used to before one, rookie or more experienced electronic aficionados can make the most of it.

Then there’s the elephant in the room we must talk about. Even though this is a Microsoft app, and it only works on Windows 10, and it’s a paid application (even though you can still make good use of the free version), the interface falls really short.

In fact, it’s the app’s biggest weakness. Even though the GUI is quite functional, it’s more reminiscent of the early 2000s and has a LOT of elements right on display, especially in the top toolbar.

Probably the best app of this sort, too bad for the outdated GUI

To conclude, Drawlogix is definitely one of the top electronics simulators out there with a more than impressive feature set. However, it’s such a shame that the interface is inexcusably outdated.