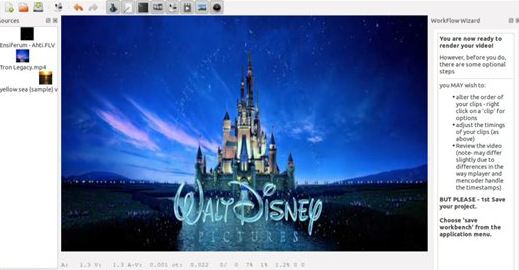 AUTEUR IS A NEW NON-LINEAR VIDEO EDITOR FOR LINUX

The auteur is a new non-linear video editor for Linux. The application is currently in alpha but seems to advance pretty fast, with 6 releases in just one week.
The application “focuses on what’s important to an editor: cutting footage, reliably, rather than attempting fancy effects you won’t use anyway” says the Auteur developer.
Auteur uses Mplayer and Mencoder so it should support most video formats out of the box and there’s no need to convert the videos so you can start editing right away. Furthermore, the latest version 0.1a6 adds still image support so you can add images to the timeline.

The interface is what I like the most about Auteur: it looks a lot like PuddleTag and you can move various widgets anywhere you want in the main UI. Also, the application looks great in both Gnome and KDE. There’s also an option to display multiple top-level windows (like in GIMP) which – believe it or not -, can be great for productivity in some cases.
But like I said, Auteur is still in alpha so there is still a lot of work to be done. For instance, you cannot change the render options (the advanced options have not been implemented yet), however, you can change the mencoder command line parameters. This is just an example, there is other stuff that requires further work, but Auteur is pretty stable already and can easily be installed in Ubuntu, Debian, Fedora 14 and Arch Linux.