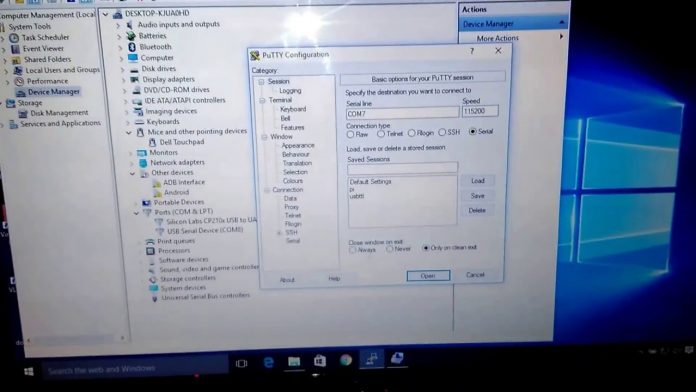 PuTTY is a free and open-source terminal emulator, serial console and network file transfer application. It supports several network protocols, including SCP, SSH, Telnet, rlogin, and raw socket connection. It can also connect to a serial port. The name “PuTTY” has no official meaning.

PuTTY was originally written for Microsoft Windows, but it has been ported to various other operating systems. Official ports are available for some Unix-like platforms, with work-in-progress ports to Classic Mac OS and macOS, and unofficial ports have been contributed to platforms such as Symbian, Windows Mobile, and Windows Phone.

PuTTY was written and is maintained primarily by Simon Tatham.

PuTTY does not support session tabs directly, but many wrappers are available that do.