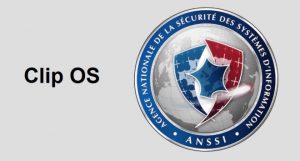 The CLIP OS project is an open source project maintained by the National Cybersecurity Agency of France (ANSSI) that aims to build a hardened, multi-level operating system, based on the Linux kernel and a lot of free and open source software.

Initially developed to answer the security requirements of French administrations, the previous versions of CLIP OS were not publicly available.

Since September 2018, the project sources are published and the project is open to contributions. Here is the list of the elements published:

The CLIP OS project is based on more than ten years of internal development at ANSSI to build a hardened operating system.

Here is a list of security properties that are not easy to obtain in currently available operating systems:

Even though the CLIP OS and Qubes OS projects have a lot of similar objectives, they differ in practice on several topics:

Just like the Gentoo project, CLIP OS is mostly available as source code that you need to process to create a system image. For now, there is no pre-packaged version of CLIP OS 5 made available. The documentation contains all the instructions to enable you to build your own version of CLIP OS 5.

The current official and only name of the project is “CLIP OS”.

The National Cybersecurity Agency of France (ANSSI) is the French authority in the area of cyber defense and network and information security (NIS). To fulfill its missions, ANSSI deploys a broad range of regulatory and operational activities, from issuing regulations and verifying their application, to monitoring, alert and rapid response – particularly on government networks.

What we seek to promote

ANSSI provides its expertise and technical assistance to government departments and businesses and plays an enhanced role in supporting operators of vital importance.

It is responsible for promoting technologies, trustworthy products, and services, systems and know-how both to experts and to the general public. It, therefore, plays a role in developing trust in the use of digital technologies.