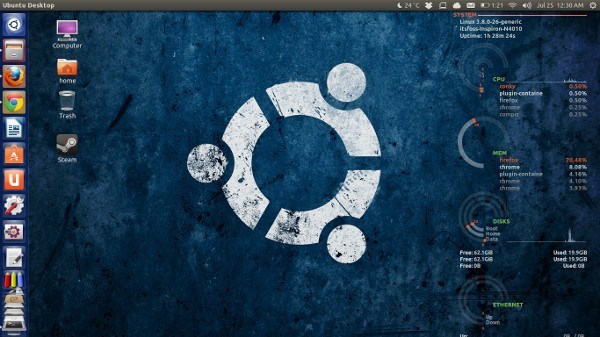 Conky is a free, light-weight system monitor for X, that displays any kind of information on your desktop. Originally a fork of Torsmo, Conkys torsmo-based code is BSD licensed. New code in Conky has been licensed under the GPL 3.0.

Since its inception, Conky has changed significantly from its predecessor, while maintaining simplicity and configurability. Conky can display just about anything, either on your root desktop or in its own window. Not only does Conky have many built-in objects, it can also display just about any piece of information by using scripts and other external programs.

Conky can display more than 300 built-in objects, including support for: