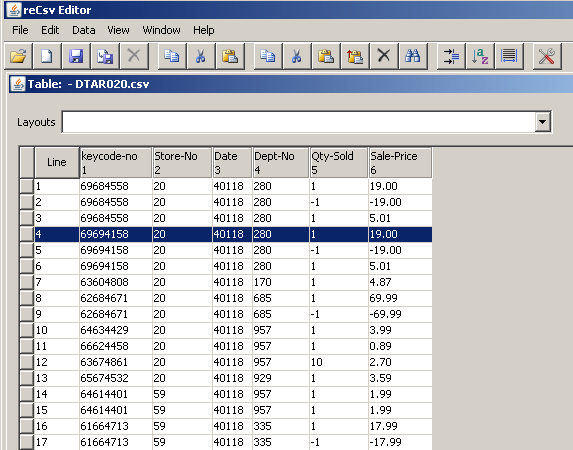 A Multi-Platform Graphical Editor for Csv Files, Written in Java and Distributed on Linux, Windows and Mac Os X Platforms

reCsvEditor is an open source, free and platform-independent software project that has been designed from the ground up to act as a standalone tool for editing simple CSV (Comma-separated values) files that contains only one record. It can also be used to view and update XML files.

Additionally, the program supports tabs, HEX characters, semi colons, colons, commas, and many other characters that are used as field separators. It allows users to add, copy or move columns, set a fixed position for fields and hide them using the right-click context menu, as well as to easily switch between the Protocol Buffers Editor, Avro Editor and RecordEditor tools.

Its graphical user interface is easy-to-use and independent of a desktop environment or operating system, which means that it looks the same on all supported operating systems (see below section for details).

The application is written entirely in the cross-platform Java programming language and uses Java Swing for its graphical user interface (GUI). It is available for download as a universal binary file in the JAR format, for Linux and Macintosh computers, as well as an installer for Windows PCs.

Being written in Java, the program is cross-platform, successfully tested on several GNU/Linux flavors, as well as on the Microsoft Windows and Mac OS X operating systems. It should work on any platform where the Java Runtime Environment is available. Both 64-bit and 32-bit architectures are supported at this time.