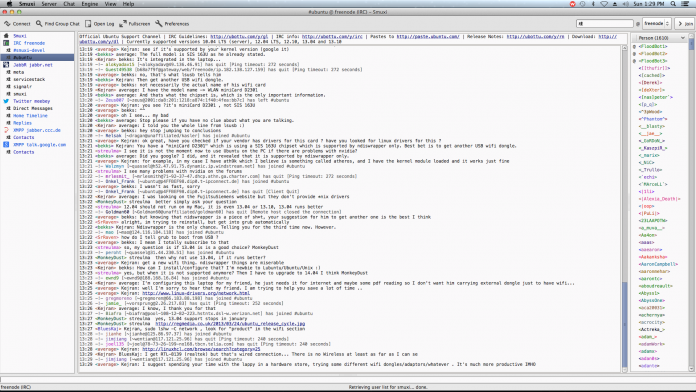 Smuxi is an open-source, free, full-featured, portable and fast software project designed to act as an IRC (Internet Relay Chat), Twitter, Campfire, JabbR, and XMPP client that features support for multiple servers. It is supported on all mainstream operating systems and boasts a wide range of attractive features.

Smuxi is the one tool that anyone who should use if they Digg Twitter, IRC, Google Talk, Facebook Chat, Jabber, Campfire, SignalR JabbR and XMPP as their default social networking services. Using a client-server model, the application supports the regular single application mode. In addition, it acts as a standard IRC client for advanced users.

The software can be used under several wells known GNU/Linux distributions, including Ubuntu, Arch Linux, Debian, OpenSUSE, Foresight and Gentoo, various BSD flavors like FreeBSD, the Microsoft Windows, and Mac OS X operating systems, as well as the Raspberry Pi computer board.