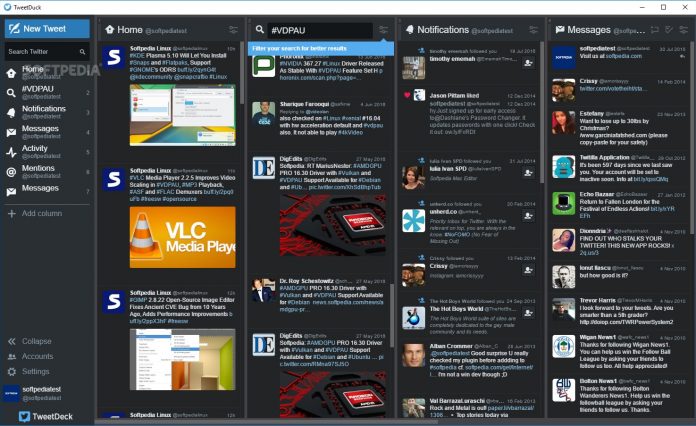 Remember TweetDeck, the oh-so-awesome Twitter client that enabled power users and social media managers to get a strong handle all aspects of multiple accounts, and that’s no longer supported?

We’re sure you do, and we can also assume that you’ve moved on to using the web-based version of TweetDeck, but if you’re still longing for the flexibility provided by the former desktop app, then you will definitely love TweetDuck.

The unofficial and open-source reincarnation of TweetDeck

In just a few words, TweetDuck is an unofficial and open-source Twitter client that aims to be the perfect replacement for the no-longer-supported TweetDeck desktop app.

And by the looks of things, it actually succeeds. So much so, that it looks almost identical to the app upon which it’s inspired, with the same customizable and flexible dashboard and all its associated elements. The news is quite good when it comes to the feature department, as well.

The same familiar layout, and tons of functionality and customization features, all add up towards making TweetDuck an excellent app

First and foremost, you can manage multiple Twitter accounts, organize their contents in versatile columns for things such as mentions, notifications, lists, collections, activity, likes, messages, post Tweets, and schedule tweets, as well.

You might also be happy to hear that there are no compromises in the customization department. You can still thoroughly customize your user experience by choosing between two themes, by changing the column and font size, by selecting between a few avatar shapes, and other layout and design-related, useful options. The native desktop and sound notifications, fully customizable of course, are also worth appreciating.

Having said all that, TweetDeck is now back in the form of TweetDuck, even though, we want to point out once more that it’s not an official client.

No matter, the best thing is that it offers everything TweetDeck used to, without any type of drawbacks, thus, power users or social media managers who loathe working with browsers to get things done on Twitter now finally have a very solid alternative that’s really worth considering.