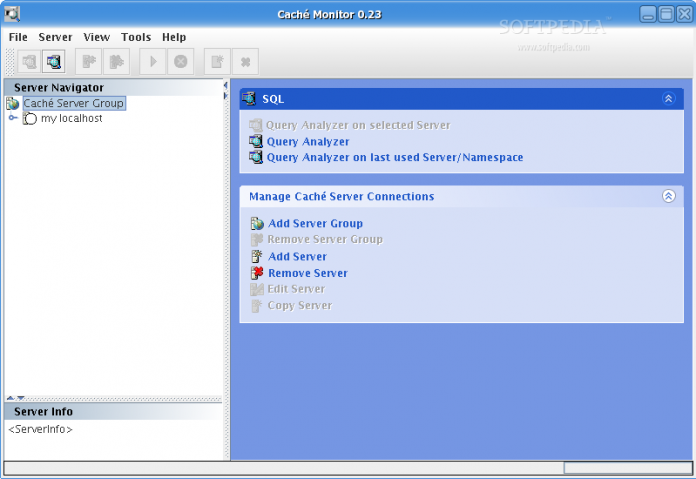 Caché Monitor is a free, multiplatform and featureful graphical software that has been designed for SQL development, allowing developers to administer components of InterSystems database Caché.

Among other interesting features, we can mention that the application includes a table and global browser, a class navigator, a data inspector, a fast live previewer, a SQL editor and format-ter, a scripts manager, database diagrams, as well as a syntax colored SQL editor. It lets users view the result sets as plain text or as a grid, supports CLOB, BLOB and binary data, stores diagrams in the associated database, and exports directly to files.

Under the hood and supported OSes

Caché Monitor is written in the Java programming language, which means that it is a platform-independent application, compatible with any operating system where the Java Runtime Environment (JRE) is available, including GNU/Linux, Microsoft Windows, and Mac OS X operating systems.