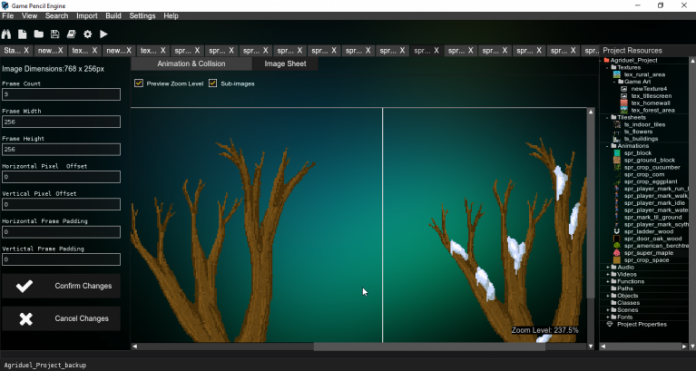 Game Creator Engine with A Multi-Platform Tool that Allows Its Users to Create Game Scenes and Use Its Utilities, with A Small Learning Curve

As the technology and tools made available to us evolve, more and more indie games, especially platformers, are starting to appear on the market. And with that, it is becoming much easier for people who are starting to learn the craft of development to create high-quality games.

One of the tools which are friendly enough for beginners, but can also provide enough architectural resources to compile your very own project into a 2D game, is called Game Pencil Engine.

An engine for everyone, especially for indie devs
Primarily dedicated to indie projects, Game Pencil Engine is a dynamic tool that will allow you to put in motion your idea for a game, or an application. As it supports HTML5, Windows, macOS, Linux, and Nintendo WiiU, you have a large range of platforms to choose from before you decide whether your game will be made available on one or all of them, as cross-platform.

As it has a pretty small learning curve, you can master the logic in creating game scenes in the pretty straightforward and intuitive environment that this lightweight game engine provides.

A Multi-Platform Editor on Top of A Game Engine
Besides the game engine, its creator wanted to provide a game editor on top as well. It is the first Game Engine Editor built using the well-known SDL library for display, output, input, and audio.

This editor allows the user to edit objects and scenes through a component system, with unlimited game resources allowed. You can even have more than one project opened at once while you import your textures, animations, audio, fonts, and tile-sheets into the intuitive game editor.

Great Products Can Come out Of Simple, but Clever Tools
With planned support for PS4, Switch and Xbox One in mind, Game Pencil Engine can become a very useful tool that can bring your games and ideas to the highest of heights.