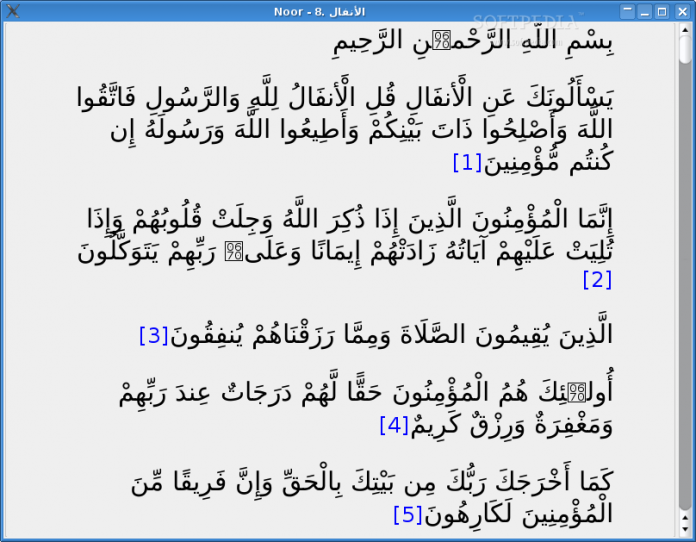 For using the GTK interface you need to install Python_ and PyGTK_ (they are installed by default in some Linux distributions like Ubuntu). You can start it by running “noorgtk.py” script either from the command line or by double-clicking it in the extracted folder. That is, no installation is necessary.

But if you like, you can run “python setup.py install” to install Noor. After that, you’ll be able to run “noorgtk.py” in the terminal from any location.

Installing the CGI script, “noorcgi.py”, is like installing any other CGI script. You probably have to copy it to the “cgi-bin“ directory of your web server. But before that, you should either install noor as described in the previous paragraph or change the line in “noorcgi.py“ file which looks like::

# Add noor to the python path if it’s not installed:

to point to the folder in which you’ve extracted noor. Note that if you want to use the CGI interface you no longer need to install PyGTK_.

The translation file can be in two formats. It can be either a zip file in the same format as Zekr_ translation files which can be obtained from http://siahe.com/zekr/resources.html or it can be a utf-8 text file with the translation of each ayah in one line.

The Quran is the central religious text of Islam. Muslims believe the Quran to be the book of divine guidance and direction for mankind and consider the text in its original Arabic to be the literal word of God, revealed to Muhammad over a period of 23 years and view the Quran as God’s final revelation to humanity.