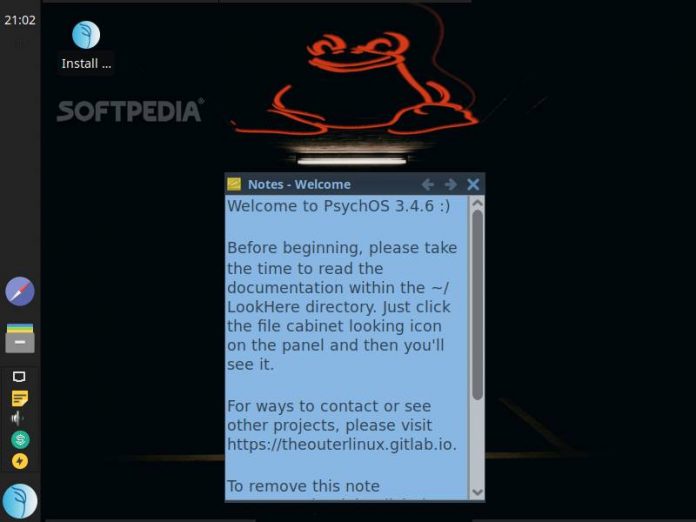 A GNU/Linux distribution that aims to revive older hardware in a unique way with great software.

Being based on Devuan GNU/Linux, PsychOS comes with the same boot menu, which allows users to start the live system in normal or failsafe mode, run a memory test to check the integrity of the physical RAM, as well as to boot an existing OS installed on the first disk drive.

Simple, lightweight, and easy to use

PsychOS comes with a very light desktop interface that borrows elements from the lightweight Xfce desktop environment and IceWM window manager. The desktop layout features a panel located on the left side of the screen from where users can access the task manager and favorite/pinned apps.

To access the application menu and pre-installed apps, users must right-click anywhere on the desktop. The desktop menu also offers them access to various other functions. PsychOS comes packed with a great software selection and dozens of pre-installed applications for all your needs.

PsychOS, it’s very easy to use a computer operating system, and since it’s only available for 32-bit platforms, it is perfect for an old computer. Best of all, PsychOS doesn’t use systemd as the default init system, which should also contribute to its goal of being a light OS.

PsychOS‘ main goal is to revive older computers from 20 years ago. To achieve this goal, PsychOS uses a unique way and a great software selection. For this, PsychOS take advantage of the lightweight Xfce desktop environment and IceWM window manager. We recommend PsychOS to all those who want to bring older hardware to life.