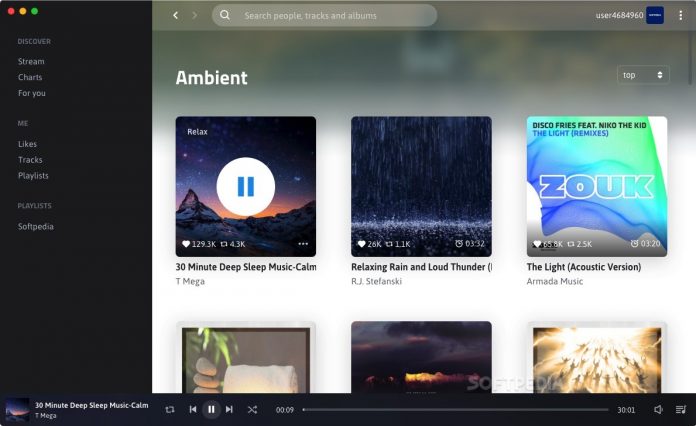 Open-source SoundCloud client that lets you listen to your music from the comfort of your desktop, with support for media keys and the MacBook Pro Touch Bar

It’s not uncommon for developers to offer web-based services, such as SoundCloud, to avoid creating Mac or Windows applications that would allow these services to be accessed from the desktop. While a web app does the job, for many users it can never replace a dedicated application.

Auryo is a third-party SoundCloud client designed to fill the gap left by the lack of an official Mac app, which was discontinued a while ago. It allows you to listen to your music and find new songs from your desktop, though you still have to use a browser for uploading content.

The interface layout is probably even more intuitive than the official SoundCloud website. All categories, such as your stream, charts, and playlists can be accessed easily from the sidebar, and the main panel is used for browsing; interestingly, the background changes based on the type of music you’re listening to or the song’s album art.

A mini player is displayed on the bottom side of the UI, where you can see what track is being played as well as control playback. The button on the bottom-right lets you access your play queue.

Listen to music and take advantage of macOS integration

Your music isn’t going to sound any different, but there are benefits to listening with this app. For starters, you can use media keys to control playback, and if your MacBook comes with a Touch Bar, you can use that as well.

And, of course, the one benefit of all desktop clients is that they take your apps out of the browser and put them in the Dock, where they can be managed much more easily.

In short, if you’re looking for a SoundCloud client, Auryo is probably the best option out there. It works flawlessly, and the UI is arguably an improvement over that of the SoundCloud web app.